Spiral Point (9,210 ft), also referred to as the Yin Yang and Snowmass Labyrinth, is a look out site that has 360 degree views of Snowmass, Mt. Daly, Capital Peak and you can look down on Ziegler Reservoir (site of the Ice Age Discovery). Spiral Point is accessed 1.3 miles up on the Rim Trail (South). This is a viewing area in Snowmass Village, CO.

News about Spiral Point can be found at:
Aspen Sojourner (May 1, 2016) – The Bittersweet Origin Behind the Rim Trail’s Ying Yang
Aspen Daily News (September 12, 2015) – Reflecting on yin-yang’s legacy, seen as Snowmass’ ‘sacred site’

An engraved rock nearby reads: (Click to expand)
“Quietly the spirit and beauty of the mountains fill my heart

I open to the awe and sense of discovery

I feel free and alive and at peace And nearby, I hear God saying

Do you want to play!

An engraved bench nearby reads: (Click to expand)
“Just remember Fievel – one man’s sunset is another man’s dawn. I don’t know what’s out there beyond those hills. But if you ride yonder… head up, eyes steady, heart open… I think one day you’ll find that you’re the hero you’ve been looking for. 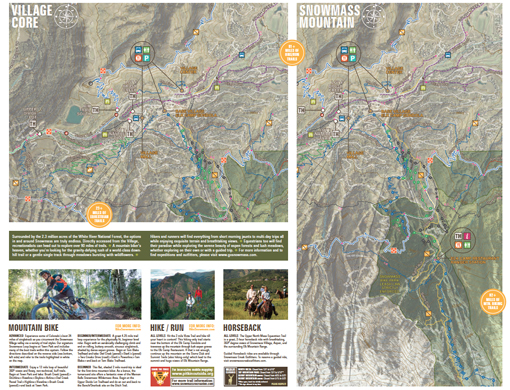